Resorts at Sea is officially Murals on the High Seas

So the person who knows the least about building a website is building a website. I've said from time to time, whenever tackling a challenging project, that "I don't know enough not to try." Uh ... Yeah, if that doesn't fit now ...

It all began with Resorts at Sea and a general interest in artworks created for American passenger ships. (You can read earlier entries by typing in "resorts at sea" in the search area at the upper right corner.) It was fun to see who did what and where it was installed. As I continued to dig, roadblocks kept cropping up with this national mural competition in 1940 to decorate American President Lines' President Jackson-class, seven ships designed for round-the-world passenger/cargo service. It was the second largest competition sponsored by the Section of Fine Arts, and it's become a veritable footnote. I aim to change that.


Originally, the website was to focus on the Jackson-class, but many of the winners received commissions for other liners, so the scope expanded. Focusing on newly-built ships, the story starts with Matson Line's Malolo in 1927 and ending with the nuclear ship Savannah in 1962; covering about 50 ships total. The Malolo utilized art depicting scenes of Hawaii and California, as that was her route, while the Savannah is unique for artworks loaned by the Whitney Museum of American Art.


Organized by decade (1920s, 1930s, etc.), these American ships will be placed in an even broader context, as you'll be able to look at artworks on foreign liners, like Empress of Britain, Bremen, Normandie, Queen Mary, Andrea Doria, and Rotterdam, to name a few. The fun part has been locating images with identifiable artworks in clear focus; not always an easy task. As a result, not all artworks can be shown.


Phase One will take care of the basics: a little history, minor observations, and the obligatory Facebook page to drive traffic and conversation. (And acceptance that the site will continue to evolve, and not be 100% perfect right out of the gate.) Phase Two will include more observations, comparisons, exploration of themes, and the possible addition of more ships. Phase Three will include a book deal, traveling exhibit, perhaps a lecture tour, because why not? If we're going to do this, let's do it up right.

The Peabody Essex Museum, in cooperation with the Victoria and Albert Museum, just wrapped up Ocean Liners: Speed and Style, dedicated to all aspects of the ocean liner culture. Alas, I wasn't able to make the trip to see it, but I do have the book, and it's very well done, but with little emphasis on our side of "the pond." *grumble grumble* It does make for a nice benchmark, though.

Anyway, I think things are on track to launch sometime in March 2018. See you on the "maiden voyage!"
posted by Wayne Yanda | grafische werken at 05:00 No comments:

This project for the Anamosa Library & Learning Center has been several months in the making. It all started with the doodles on the left, and after many drafts, resulted in the (almost) final product on the right. (We're finalizing color schemes.) 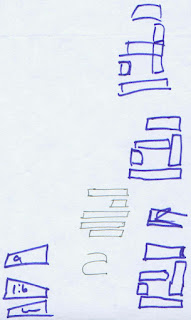 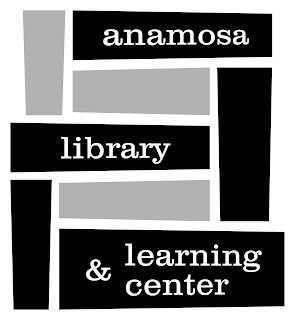 What do you see? Ok, yes, a mess on the left, but on the right is an abstract pile of books. They're slightly skewed to provide visual interest, and the lower case text makes the concept of LIBRARY a little less threatening. Using different shades make some of the "books" form the letter "a" for Anamosa.

The prevailing color for all things labeled Anamosa is Pantone Reflex Blue, which is the Times New Roman, or Comic Sans of the color wheel. I believe a richer color is in order to give back a little of the gravitas that lower case letters take away. We'll see how it all plays out.

(In the interest of full disclosure, I used to be on the library's Board of Directors. I'm doing this one for free, as I think it would look a little hinky to benefit from that time on the board, and the staff has really bent over backwards for me in my research requests.)
posted by Wayne Yanda | grafische werken at 09:08 No comments:

(I'm tentatively renaming my Resorts at Sea project to Murals on the High Seas, as that's really what it's all about: the artwork, mainly murals that were created for the public spaces on American passenger ships. We'll see if it sticks.)

Monday, August 3 was my first day at the National Archives (College Park, Maryland), and it was amazing. I was the proverbial kid in a candy store. After signing in and getting my ID card, I hightailed it to Still Pix, the main repository of most, if not all, government photographs. The focus of this trip was to explore the Section of Fine Arts/U.S. Maritime Commission competition to decorate the President Jackson-class of round-the-world passenger-cargo ships.

The Section of Fine Arts (the Section), had photos taken of all entries for their competitions. These made a nice reference to award secondary commissions and provided images for press releases. The first folder contained a 40 page list of the artists who entered the Maritime Commission competition. I had hoped, but was not sure if such a list would exist, and to hit it in the first folder was incredibly fortunate.

Section competitions were anonymous ones. Each entry had a sealed envelope containing the artist's name and address affixed to the back, which would only be opened when the winner(s) were selected. Until then, they were assigned a number and referred to by that number. There were hundreds of photos. However, they would not lay flat. And being glossy, the ceiling lights played havoc with getting a clean shot. (I photographed the photos. Scanning them at 25 cents each, was a prohibitive expense, one I may revisit though.) With great effort, I was able to get clean-ish shots. 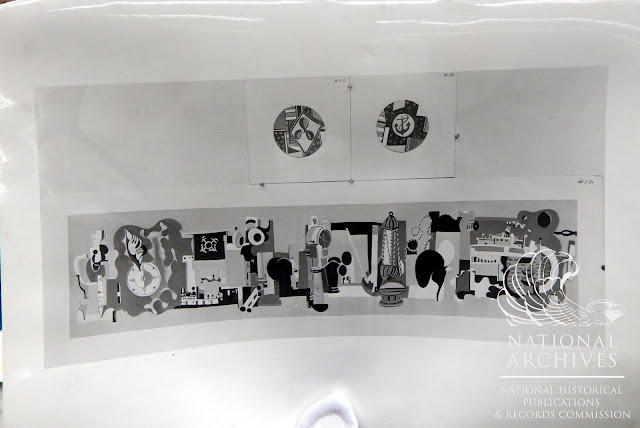 Wow! This is a stunning piece which would have gone into the dining room had it been chosen, but much too modern for the Section. (American President Lines, owners of President Jackson, definitely would've followed through on their threats to paint out anything they didn't like.) The circular pieces were to flank the mural, but were abandoned due to a combination of budgetary reasons and the lack of entries.

This was my first time looking at these files, yet Entry #1 looked familiar. That mystery would have to wait. I was on a tight schedule; no time for ruminating.

When I returned home, I started sorting through this digital pile of material I had gathered. (Hokey-smoke, Bullwinkle, what have I gotten myself into?) Fortunately, few surprises in regards to the overall timeline of this competition, with many things fleshed out a little bit more. The big "get" was the photos of the entries. It's natural to wonder what wasn't chosen. Seventy-two pieces had to be selected from over 1,400 entries; leaving a lot left over.

It was done by Arshile Gorky, a name I've seen, but one I know little about. His style was a precursor to Abstract Expressionism, among his better known works are his Newark (NJ) Airport murals. Going through my growing collection of New Deal art books and exhibit catalogs, I revisited For the People: American Mural Drawings of the 1930s and 1940s. (You can read the text here.) The image in this exhibit was similar, but not exact. Then I came across this website. You can see the color version of what's in the above photo. (You'll have to scroll down some.) The dimensions listed do not jive with what's listed in For the People, which was an entry for the 1939 New York World's Fair, but they do agree with the scale requested by the Section for the Maritime Commission competition. It appears Gorky revised the New York World's Fair entry for the latter competition.

The evidence is compelling, and I've forwarded these thoughts to the National Gallery of Art, where this piece is currently held. And if I can get an exhibit about the Maritime Commission competition together, the Gorky piece would be a must have.
posted by Wayne Yanda | grafische werken at 11:23 No comments:

Lots of research pertaining to Resorts at Sea ... And a little sight-seeing.

That was August. I'm almost done going through the info gathered; an initial sort, seeing what I actually have. (Before I hit the NY leg of my trip, I took photos of over 700 pages of documents in about 2.5 hours. Who knows what the hell's in there.)

Results to come in the weeks ahead! 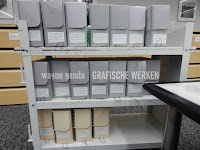 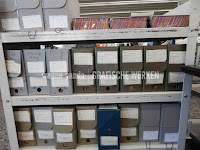 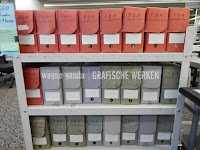 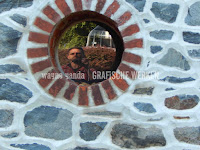 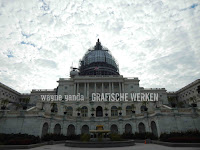 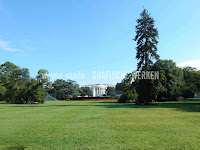 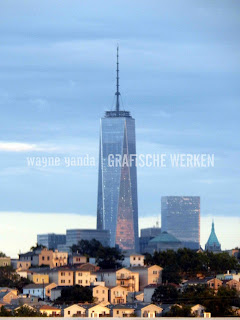 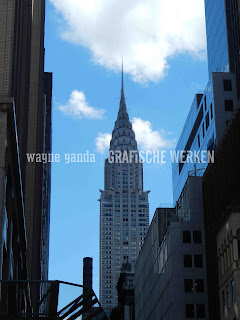 posted by Wayne Yanda | grafische werken at 12:00 No comments:

Though I receive The New York Times digitally, I don't always read it daily. Thus I'm now learning of the passing of sculptor Bill King, who passed at the age of 90 on March 4.

I got to know Bill because I emailed him through his website asking if he was the same William King who did the mural in the ss United States' First Class Smoking Room. He replied: "Well, for Heaven's sake-------YES, I did the 1st Class Smoking Room mural, and what a project! It was deliriously wonderful to have experienced the process. Indeed it was!"

That was the summer of 2012, and we corresponded off and on. In late January of this year, he sent me a hand made card; a picture of a trio of his sculptures on a piece of cardstock. Here's the front: 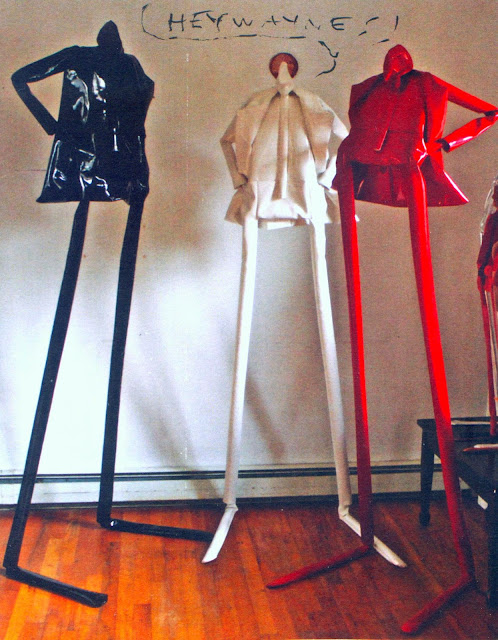 He was always kind enough to answer my inane questions, and tolerated my gushing over his work.

I've done a brief write-up of his Big U mural. You can read here.
posted by Wayne Yanda | grafische werken at 15:45 No comments: 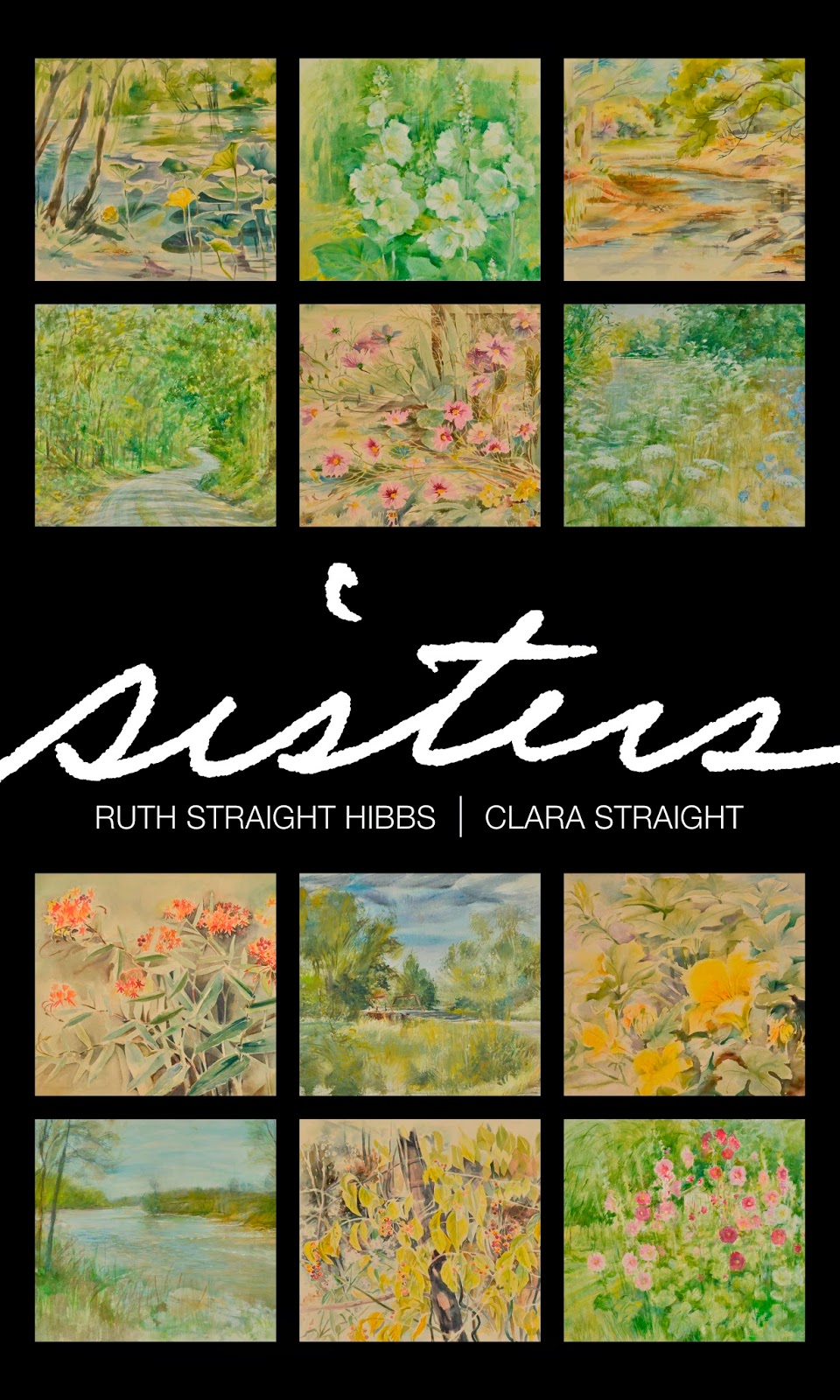 This is a three foot wide, five foot high vinyl banner for the entry foyer of a gallery. The Straight sisters grew up in rural Missouri and went on to teach at Cornell in New York, and do their art, be it watercolor or oil. Clara is still at it. She's 95, and has created almost two dozen new works for this show!

Since these works were done primarily outside, I hint at a multi-paned window. The script is from Clara's own hand. I enlarged it from about one inch in width to three feet, filling in and smoothing where needed. It's still a little rough around the edges, but that's ok.
posted by Wayne Yanda | grafische werken at 15:26 No comments: 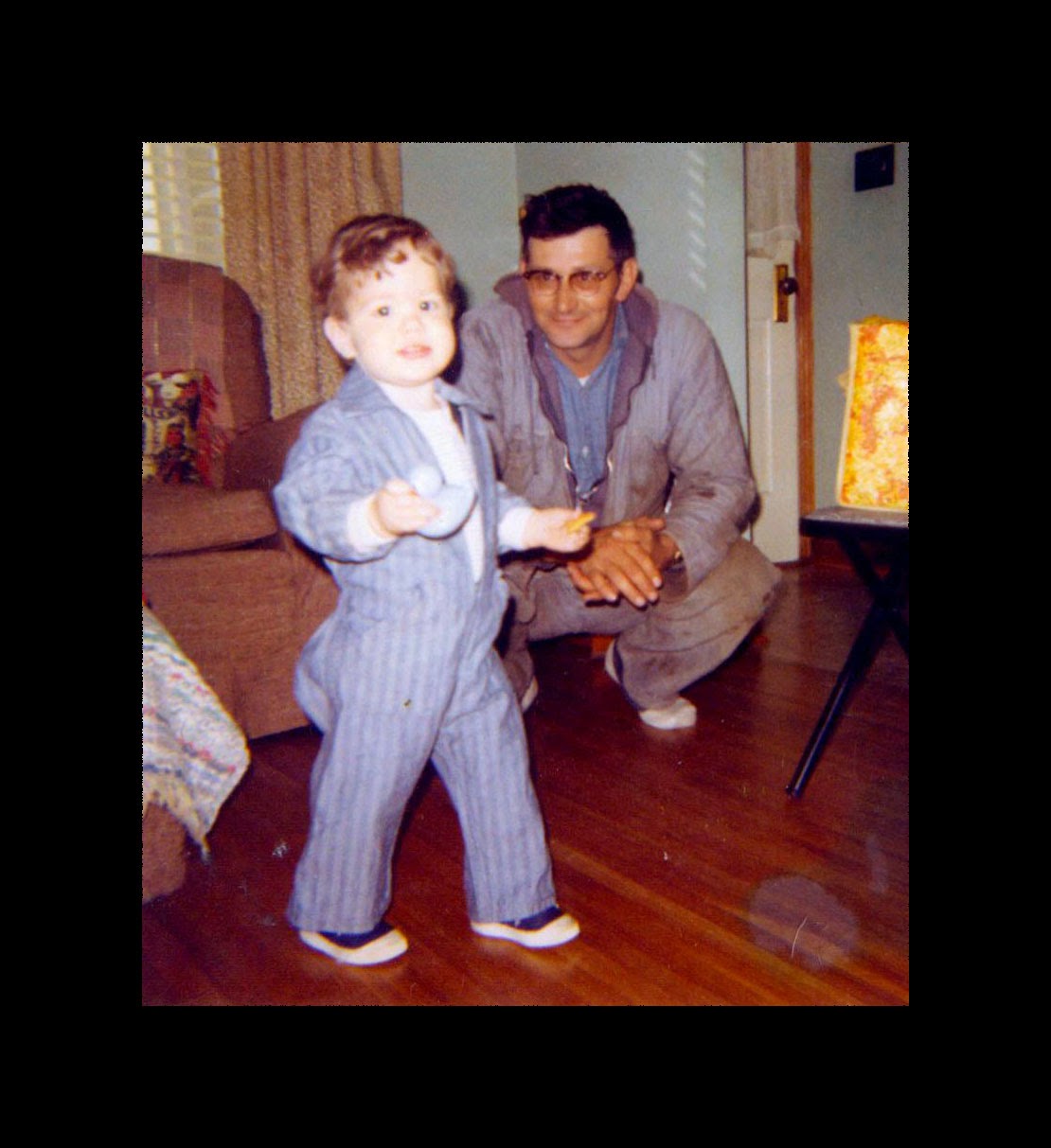 While I was setting up the exhibit Bernard Perlin: An Artist Goes to War, my dad was diagnosed with cancer. Given six months in December, we buried him at the two month mark.

I found the above picture while putting together the memory board. Can't tell whether he's looking at me with amusement or pride. I caught myself wondering if it was the latter, did I ever do anything to warrant such pride again? (Like I said, it's been a crap few months.)

Not that I haven't been working on stuff, I just haven't been in the mood to talk about it. That changes now. Look for new stuff starting next week, if not sooner.
posted by Wayne Yanda | grafische werken at 15:48 No comments: